The best and most magic way to experience the hippos in St Lucia is on the hippo boat cruise. In St Lucia, there are boats on the lake that take you up and close to wildlife such as hippos and crocodiles. So, we decided to check it out.

15 minutes to 3, we arrived at the Sunset Jetty. We showed our tickets to the staff and we boarded the boat. In anticipation we waited for the boat to depart. The skipper announced herself, talked about boat safety and off we went on our 2 hour boat cruise. 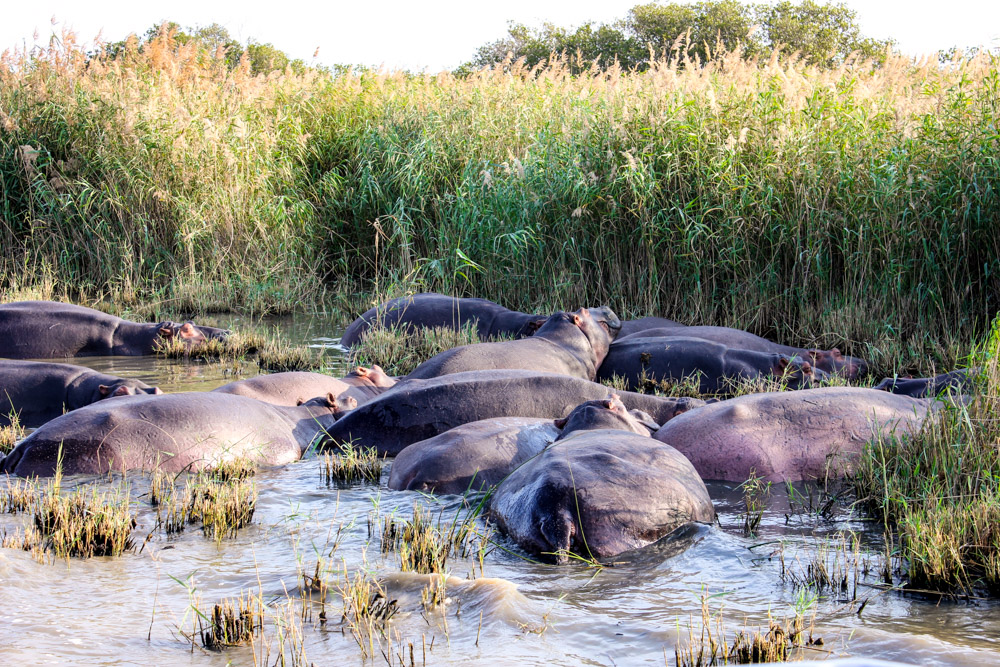 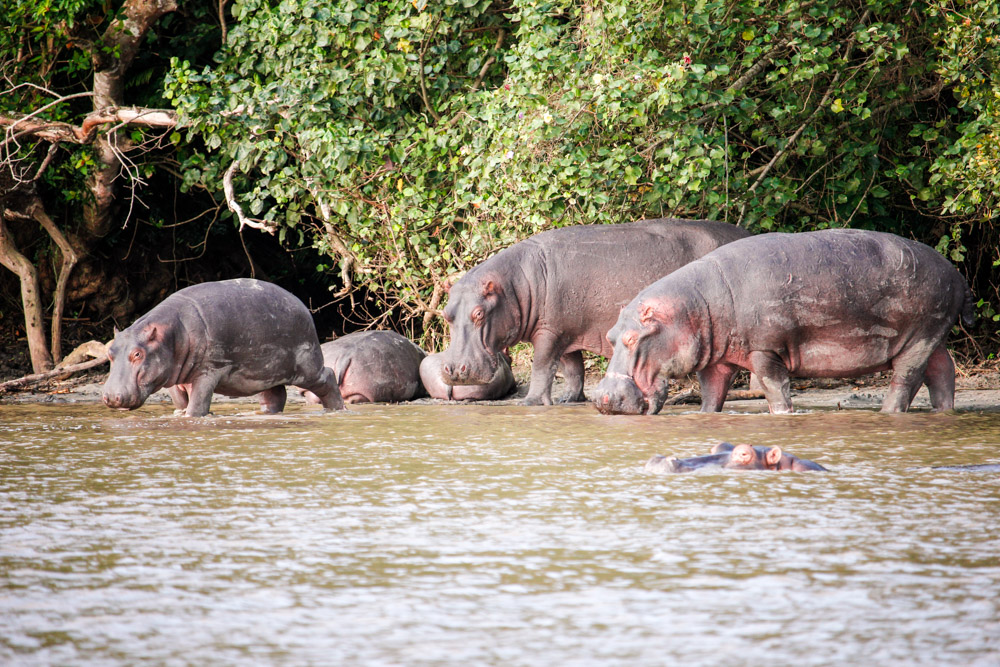 As we went along, the skipper told us about Lake St Lucia and the wildlife.

We could move around on the boat. There was a licensed bar and tuck shop if we needed snacks and a toilet on the boat in case anyone had to tinkle 😉

Within minutes, just after the main St Lucia bridge, we reached the first hippo pod. There was a baby hippo, which was incredibly cute. He/she stayed close to its mommy; surfacing and submerging itself into the water repeatedly. The other hippos were bathing in the sun. Sound asleep and so peaceful.

Further along we saw Nile crocodiles, a Giant kingfisher, Water buck amid the mangroves, African fish eagles and a spectacular landscape. The lush vegetation is something to see. It is so green and beautiful. The Hibiscus trees were in flower, decorating the bushes with pretty yellow flowers.

The hippo pod further along were more active. There was male hippo that displayed his dominance by showing his teeth; the famous hippo yawn. And the hippo grunt, which sounds like the hippo is laughing. 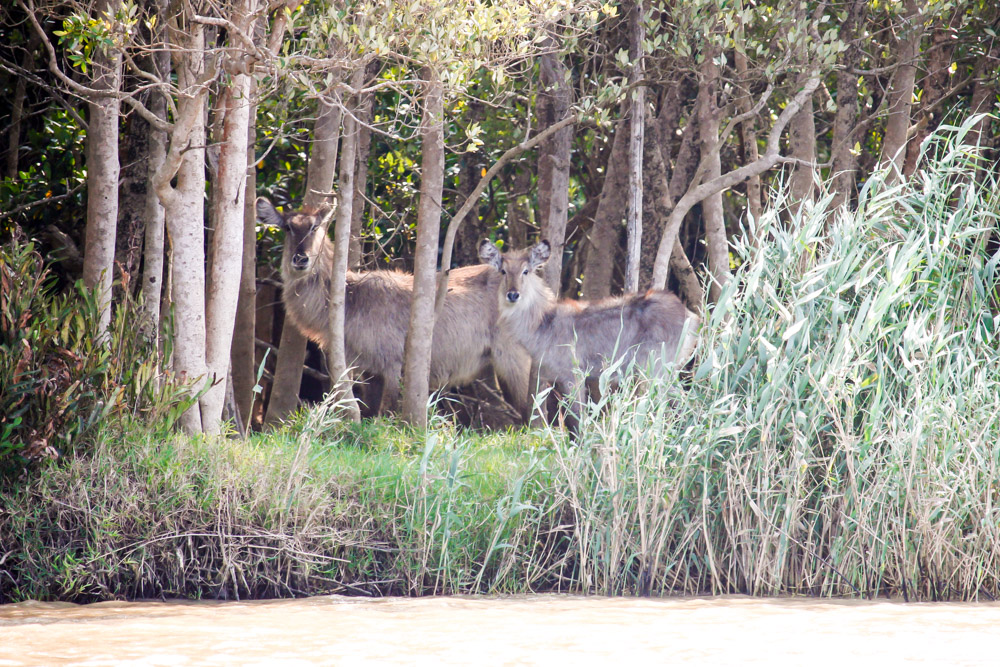 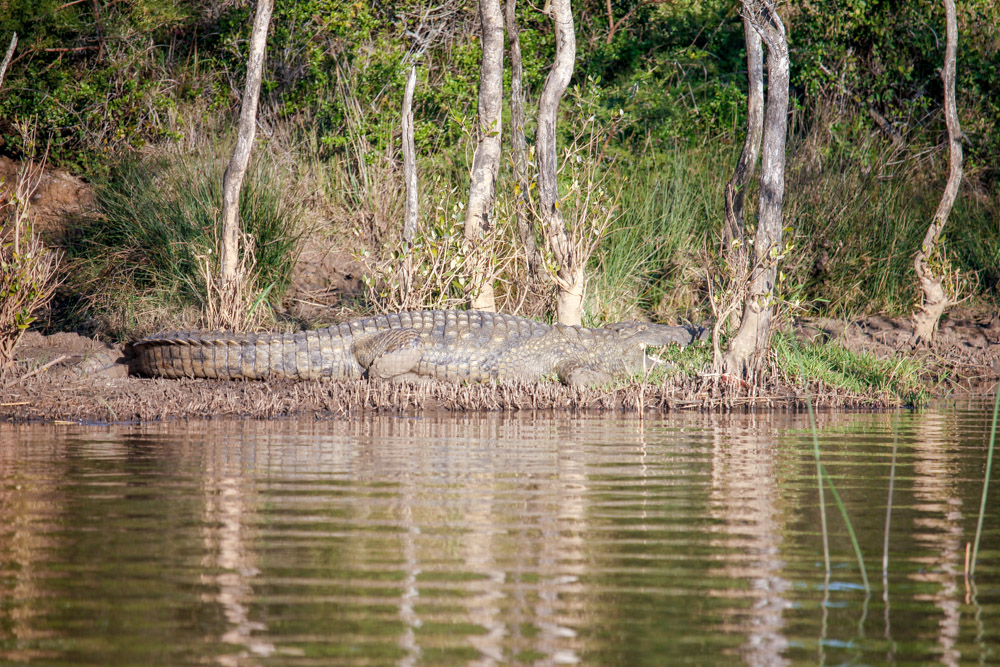 We arrived back at the Sunset Jetty after 2 hours on the boat, just in time to admire the sunset. The sunset was just amazing. A real African sunset.

The hippo and crocodile boat cruise on St Lucia estuary turned out to be one of my favourite activities in St Lucia. Fresh breeze, animals in the wild, a glass of wine while watching the sun set. Just wondrous.

All fields marked with red asterisks are required fields. 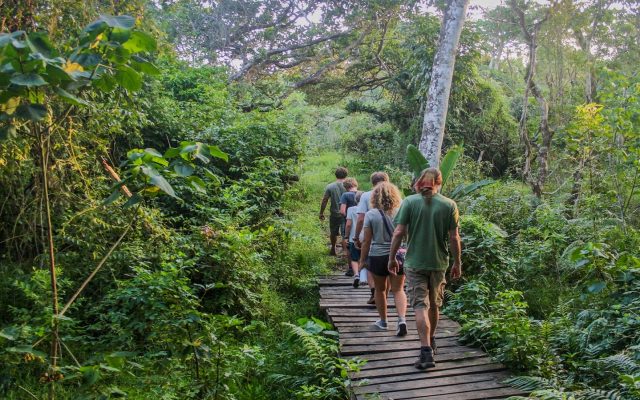 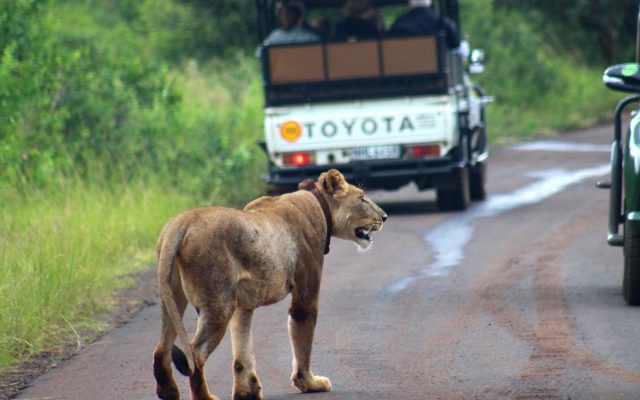 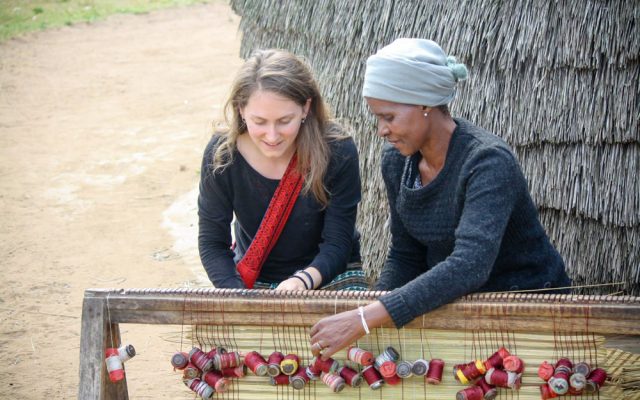